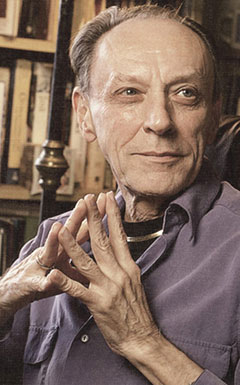 As I read each of Lee Ben­nett Hop­kins’ col­lec­tions of poet­ry, I find my curios­i­ty piqued: “How does he do this?” When I was a grad stu­dent, I came across Mr. Hop­kins’ book, Books Are by Peo­ple: inter­views with 104 authors and illus­tra­tors of books for young chil­dren. Those inter­views pro­voked my imag­i­na­tion and pro­pelled my career. It’s a priv­i­lege to be inter­view­ing Mr. Hop­kins for Bookol­o­gy.

You have been an educator, an author, and an influencer. How did you turn to poetry books as a path in your life’s work?

I began to realize the importance of poetry when I began teaching sixth grade in Fair Lawn, New Jersey, in 1960. I used verse with all students but found that slower readers were excited over poems. Vocabulary was often within their reach, works were short; more important we learned that more could sometimes be said and felt in 8 or l0 or l2 lines than sometimes an entire novel could convey. 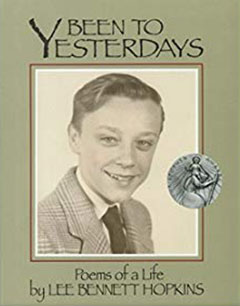 Being a city child my entire life, I think the rust­ed metronome start­ed beat­ing, telling me to write ‘city.’ “Hydrants” was the first poem I wrote for chil­dren. At a din­ner par­ty of her home in Long Island, I read it to May Swen­son, one of America’s most renowned poets, who told me she liked it. I was hooked. This led me to cre­at­ing Been to Yes­ter­days: Poems of a Life (Boyds Mills Press/Wordsong). Orig­i­nal­ly pub­lished in 1995, now close to 25 years since its pub­li­ca­tion, the book is being used in Al-Anon pro­grams, youth groups, and stud­ied in writ­ing cours­es. In essence, it is about a strug­gling teen who wants to “make/ this world/a whole lot brighter” to grow up to become a writer.” My life has been, is, blessed with poetry.

After teach­ing six years and get­ting my master’s degree at Bank Street Col­lege in New York (when Bank Street was on Bank Street in Green­wich Vil­lage), I was offered a job to work at Bank Street’s Resource Cen­ter in Harlem, enrich­ing lan­guage arts cur­ric­u­la into class­room pro­grams with an empha­sis on poetry. 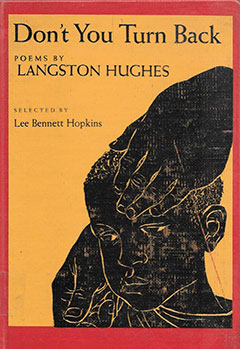 On May 22, 1967, when Hugh­es died, I could not share his only book for chil­dren, The Dream­keep­er and Oth­er Poems, pub­lished in l932, due to the stereo­typ­i­cal depic­tion of blacks. I bold­ly called Vir­ginia Fowler, edi­tor at Knopf, ask­ing why a new edi­tion had nev­er been done. Vir­ginia asked me to lunch, also sug­gest­ing I do a new col­lec­tion. The result was one of my first antholo­gies, Don’t You Turn Back: Poems by Langston Hugh­es, illus­trat­ed in won­drous two-col­or wood­cut engrav­ings by Ann Gri­fal­coni (l969). In addi­tion to a host of awards, it was an ALA Notable.

In 1994, the 75th Anniver­sary edi­tion of The Dream Keep­er was pub­lished with wood engrav­ings by Bri­an Pinkney. I was invit­ed to write the intro­duc­tion to the book by Janet Schul­man, an icon in our industry. 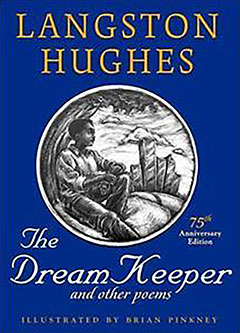 I then began to do many antholo­gies with the aim to bring a bevy of poets’ works to children.

Hook­ing chil­dren on read­ing at a young age is imper­a­tive. I believe they should be read to in the womb! Poet­ry, in par­tic­u­lar, brings a sense of song, melody, sootheness into a child’s life. This can be a life­long gift.

Which comes first: the idea for a book of poetry, the theme, or do poems swirl about you until they suggest a collection?

Each of the three above happen. At times I get an idea or focus on a theme; at other times poems do swirl that suggest a collection.

What are the steps by which you gather poems for a book?

I have a vast library of poetry to turn to. Thankfully, I have a very good memory. Ask me for a ‘horse’ poem, a poem about pizza, or a poem about a jacaranda tree and I’ll have it for you in minutes. If I am creating a new collection of poems especially commissioned for a book, I issue a BY INVITATION ONLY to a select group of poets.

Do you scout new poets?

At times I do. However, "new" poets scout me. I realize how difficult it is to get one’s work into an anthology since very few are published each year. Hardly more than two to five are published annually.  A picture book themed poetry collection might have between 16 to 20 poems. Major poets must be included. However, I love giving new voices a chance. I have started many poets on their path to success.

Do you visualize how a poetry book will be laid out when you’re selecting poems?

All of my collections have an arc. I want readers to read a collection as if they were reading any book. There is a beginning, middle, and end.

When you’re assembling a new book, do you think about balance? Color? Sound?

Most definitely. All of these are important.

Do you ever run out of the right poems for a book? What do you do then?

Fortunately, I work with professional writers who will go back to the "drawing board." It sometimes takes many rewrites to get to the place where one feels the work is done. Poets only want their best to be published.

What are the tools you work with? Pen, scissors, journals, the computer?

I work on the computer. Poets send work via email attachments. I print them, edit them, often cut and paste. Sometimes a poem comes through full-blown; at other times a poet and I will work together.

I work in my library/study surrounded by thousands of books. I have a large cherry-wood desk commissioned by an Amish craftsman ideal for space, filing, etc. 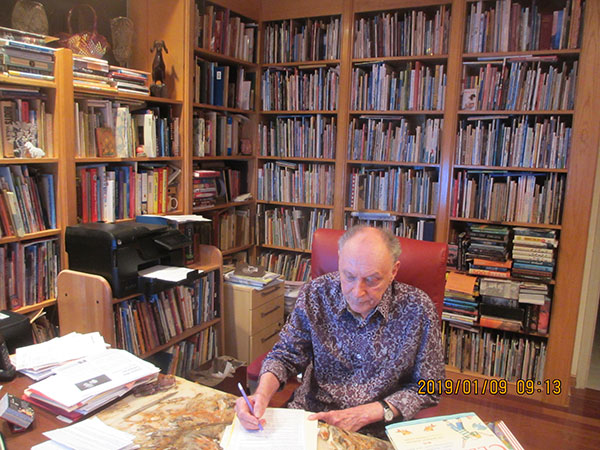 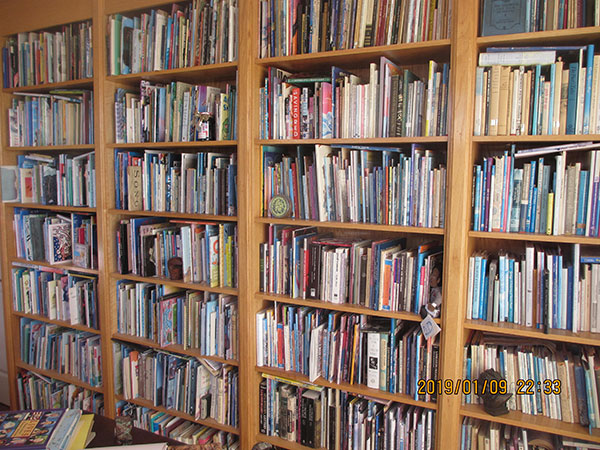 Do you work in silence? Or is there sound surrounding you?

I work in total silence. I love the nothingness of quiet. I have a perfect view from the windows in my study, looking out at swaying palm trees, a rushing waterfall, beautiful sculpture. I’m staring at all this as I write now. Magic in the making. 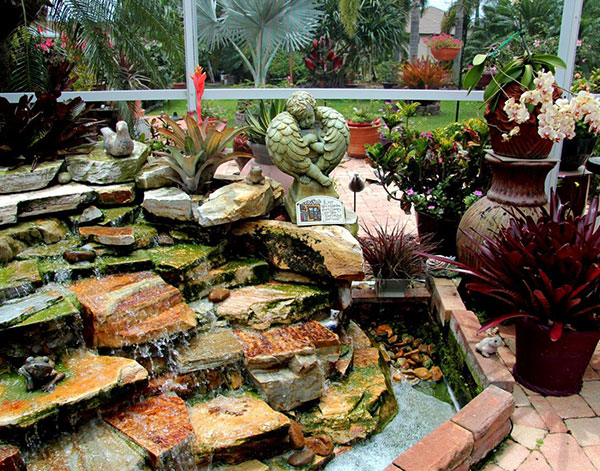 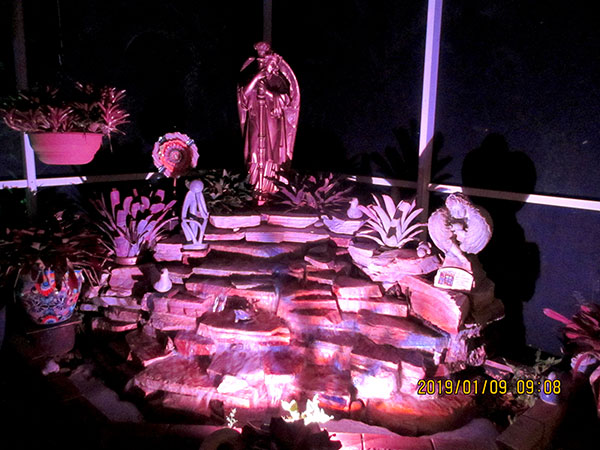 What is your favorite object in your workspace?

I have many. A few? A piece of wood sculpture the poet and dearest friend Aileen Fisher made for me. A letter opener from a wondrous friend who died far too early in life. A bronze bust of Harriet Tubman with a story too long to tell. A paperweight designed by Trina Schart Hyman that launched the first issue of Cricket magazine. And shelf upon shelf of treasured autographed books by author-friends, literally A-Z—Alma Flor Ada to Charlotte Zolotow. These are a lifetime of treasures.

What pleases you about the work you do?

My entire career has been devoted to bringing children and poetry together. Poetry is life in its deepest form.

You leave the chil­dren of the world with the gift of poet­ry. We’re thank­ful for the work you’ve done, the wis­dom you’ve shown, the ded­i­ca­tion that has shared poems that res­onate with indi­vid­ual read­ers. Thank you, Mr. Hop­kins, for your con­tri­bu­tions to the world of literature.

Lee: AND … I thank YOU for bring­ing chil­dren and books together. 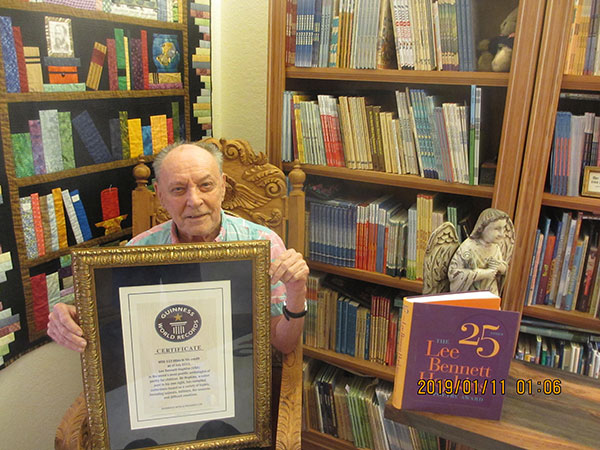 Lee Ben­nett Hop­kins is in the Guin­ness Book of World Records as the per­son who has pub­lished the most poet­ry antholo­gies, num­ber­ing 113 in 2011 when he broke the record.

3 Responses to Curiouser and Curiouser with Lee Bennett Hopkins