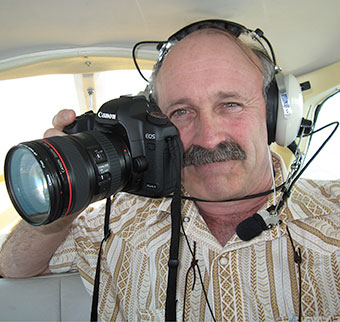 A well-known jour­nal­ist in a local bagel joint, after not see­ing me for a few weeks, would always greet me with, “Wel­come back, Pete.” It wasn’t because he knew where I’d been, but he knew I trav­eled a lot to write my children’s adven­ture books. Since I’d seen him last, I’d prob­a­bly been out climb­ing Aztec or Mayan tem­ples, pad­dling a riv­er, accom­pa­ny­ing biol­o­gists study­ing polar bears, whales, or man­a­tees. What I love about my job as a children’s adven­ture writer is research. I tell stu­dents, “to research is to explore.”

Recent­ly I trav­eled to the very top of Nor­way, near Rus­sia, to learn what a 19th-cen­tu­ry polar explor­er felt when he returned from a har­row­ing three-year Arc­tic sojourn. I’ve been writ­ing a new adven­ture biog­ra­phy for Hen­ry Holt, my sec­ond in a series, after Jack Lon­don and the Klondike Gold Rush.  It’s a Shack­le­ton-sort of sto­ry before Shack­le­ton, a sto­ry few in this coun­try know any­thing about. 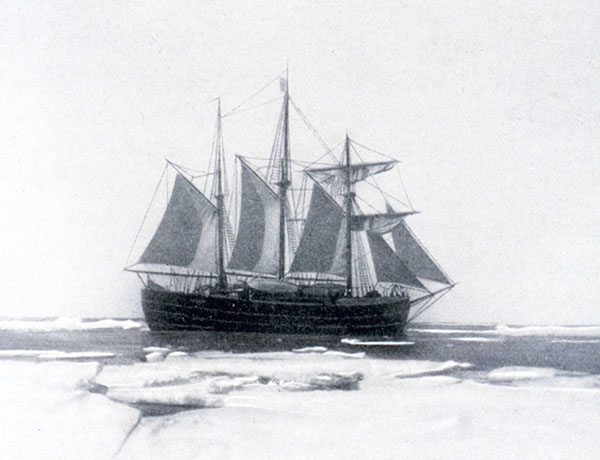 Fridtjof Nansen’s ship The Fram with which he explored in the Arc­tic and Antarc­tic
(pho­to cred­it: Wiki­me­dia Com­mons)

In 1893 the Nor­we­gian zool­o­gist and polar explor­er Fridtjof Nansen sailed for the North Pole with a crew of 12 in a spe­cial ship he had built called the Fram (mean­ing “for­ward” in Nor­we­gian). His object was to col­lect valu­able sci­en­tif­ic data on the unknown Arc­tic and maybe to reach the North Pole, a feat unac­com­plished in 400 years of try­ing. Nansen had the crazy idea that if he could build a ship strong enough, with the right pro­por­tions to with­stand the forces of crush­ing ice, he could lock his ship into the Arc­tic ice pack above Siberia and just drift toward the pole. The ice would pick his boat up just like a cork. Trav­el­ing on an Arc­tic cur­rent at one or two miles a day (Arc­tic ice is in con­stant motion), he’d “float” for a num­ber of years (he had pro­vi­sions for five years) right up to the top of the world and over to the oth­er side near Green­land.

Vet­er­an Arc­tic trav­el­ers thought he was crazy, that he would jeop­ar­dize his and his crew’s lives. It was obvi­ous­ly a fool’s mis­sion. Yet Nansen had already become famous for his dar­ing. In 1888 he was the first to cross Green­land on skis. Unlike Admi­ral Peary and oth­ers who attempt­ed the trek, Nansen trav­eled from the unin­hab­it­ed east­ern side of the ice cap to a town in the west, lat­er say­ing, “I demol­ish my bridges behind me, then there is no choice but to move for­ward.” After his Green­land suc­cess he set his com­pass for the region of the North Pole, where ships on pre­vi­ous expe­di­tions were inevitably crushed, all hands div­ing for lifeboats or trudg­ing on foot over ice back to Siberia, many dying along the way. 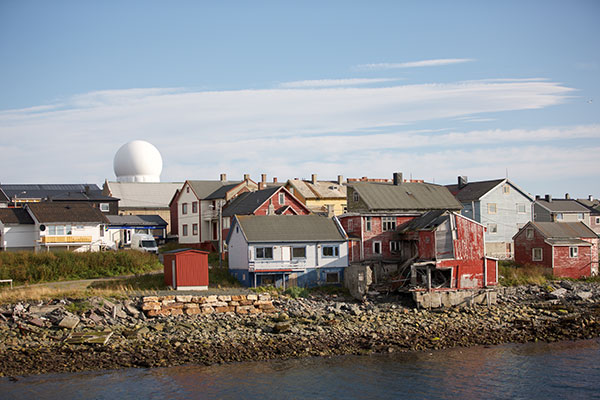 Nev­er­the­less, Nansen and the Fram set out from Oslo in 1893, sailed the 1600 miles around the top of the coun­try to Vardø, the last lit­tle fish­ing port in Nor­way, and then hunt­ed for the pack ice above the Siber­ian coast to try out the Fram’s ice-wor­thi­ness.  When the ship was locked in for the first time, the whine and roar of ice scrap­ing against the hull sent shiv­ers of hor­ror into the men’s hearts.  But the Fram did what its ship­wright designed it to do.  With a super wide, thick hull, it was lift­ed right up on top of that dead­ly frozen mass, slip­ping “like an eel out of the embraces of the ice” as its builder said, and was car­ried creak­ing and moan­ing toward its goal.

After near­ly a year and a half trapped in ice, Nansen real­ized Fram would miss the pole by 300 miles. So he and fel­low crewmem­ber Hjal­mar Johansen pre­pared to make a dash for it. They took 28 sled dogs, three sleds, two small can­vas-cov­ered kayaks and 1500 lbs of food and sup­plies, and head­ed into the white world know­ing they’d nev­er find their ship again. They couldn’t bring enough food for the dogs, so they planned to feed the weak and fail­ing dogs to stronger dogs to keep them going. For 15 months the men dragged their sleds over pres­sure ridges and jum­bled blocks of ice.  They jumped the lanes of water that opened beneath them. They fell into the water so many times they walked with clothes like armors of ice. When they final­ly found land after five months, they sur­vived the long polar win­ter on wal­rus and polar bear meat in a crude hut hard­ly wide enough to sleep stretched out.

When all their dogs had died, and they were reduced to their tiny, frag­ile kayaks about to pad­dle hun­dreds of miles of open water to Spits­ber­gen, Nansen heard the bark of a dog some­where on the edge of the ice. He scram­bled to inves­ti­gate. Amaz­ing­ly he saw the fig­ure of a man, who turned out to be anoth­er polar explor­er, a Brit named Fred­er­ick Jack­son, whom Nansen had actu­al­ly met in Lon­don years ago.

Jack­son took the two men into this camp. They shaved and washed and ate well until Jackson’s sup­ply ship returned the Nor­we­gians to Vardø almost three years after leav­ing the small fish­ing vil­lage. A year lat­er Nansen penned a best­seller called Far­thest North, an account of one of the great­est polar adven­ture tales ever told.

I need­ed to go to Vardø to under­stand Nansen’s feel­ings when he left Nor­way, and when he returned to Nor­way. So I rent­ed a car in Trom­sø, a beau­ti­ful city above the Arc­tic Cir­cle and drove across the top of the coun­try, a region called Finn­mark, prac­ti­cal­ly to Siberia. I drove through bound­ing rein­deer, around mas­sive fjords and past moun­tains aflame with yel­low birch trees to reach that town where the famous Nor­we­gian explor­er had bought his last sup­plies in July 1893, won­der­ing if he’d ever return. 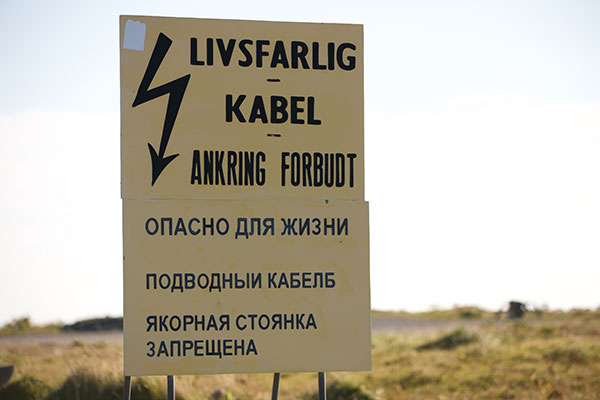 When I pulled into Vardø, I found a gem of a fish­ing vil­lage, with Russ­ian sig­nage in the har­bor. Fish­er­man in small boats sort­ed through their night’s catch. The autumn Arc­tic Sea wind on my face helped me imag­ine Nansen and his small crew head­ing out to sea in 1893. I pic­tured the famous Nor­we­gian on the Fram gaz­ing back at the sleepy town, feel­ing this silent exit was just the right way to leave his beloved coun­try, no crowds and shouts of good luck and farewell. (He and his crew had been fet­ed for weeks in towns up and down the coast of Nor­way.) Now every­thing was silent.

“The masts in the har­bor, the house-roofs, and chim­neys stood out against the cool morn­ing sky. Just then the sun broke through the mist and smiled over the shore — rugged, bare, and weath­er-worn in the hazy morn­ing, but still love­ly — dot­ted here and there with tiny hous­es and boats, and all Nor­way lay behind it….” 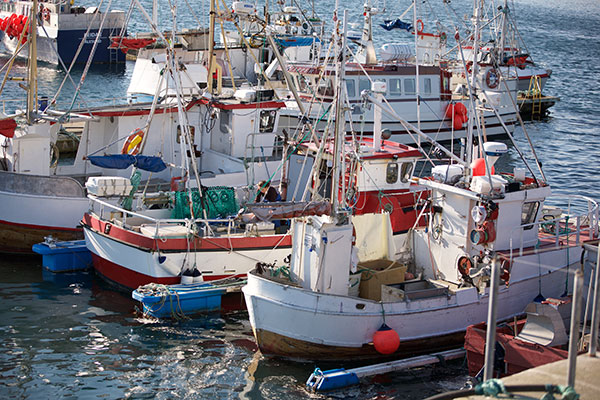 I strolled around the vil­lage for a few hours to imag­ine the scene of Nansen’s and Johansen’s return after three ice-bound years. On that ear­ly June morn­ing in 1896, no one spot­ted Jackson’s sloop glid­ing into the peace­ful har­bor at Vardø. The two sur­vivors jumped ashore and raced to the tele­graph sta­tion. They stamped their feet on the ground to feel their native soil. They were laugh­ing and smil­ing. A fish­er­man walked by them star­ing at Johansen’s odd jack­et he’d made from a blan­ket back in their tiny stone hut, where for nine win­ter months they had lived like cave­men.

A cow in the Vardø street gazed at them. Just a few hours before the whole world would dis­cov­er they were still alive, before Nansen would become the most famous man in Europe, Nansen reached out to pet the cow because, as he said, it looked so “sum­mery.”

Truth is, I had to go to all the way to Vardø to under­stand what Nansen meant by the word “sum­mery.”

Peter Lourie is the author of many books on our environment, exploration, and adventure for young readers, including The Polar Bear Scientists, Jack London and the Klondike Gold Rush, and a writing book for educators, Writing to Explore: Discovering Adventure in the Research Paper, co-written with educator David Somoza. Peter holds a BA in classics from New York University, an MA in English Literature from the University of Maine, and an MFA in creative nonfiction writing from Columbia University. He has taught writing at Columbia College and the University of Vermont. He now teaches Adventure Writing & Digital Storytelling at Middlebury College and makes his living traveling, writing, and photographing. He visits schools to share his adventures with students and teachers. He and his family live in Weybridge, Vermont. Visit his website.

One Response to Summery