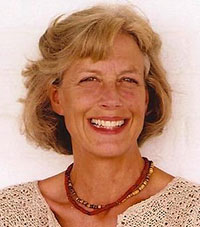 For this inter­view, we chat with Janet Tay­lor Lisle, New­bery Hon­or-win­ning author of After­noon of the Elves, the Scott O’Dell Award-win­ning The Art of Keep­ing Cool, and the thriller Black Duck, along with many oth­er read­er favorites.

Which celebrity, living or not, do you wish would invite you to a coffee shop?

I’m quite sure Emily Dickinson, shy and secretive as she was, would never invite me to a coffee shop, but perhaps I could slip a note under her door in Amherst, Massachusetts and beg for a visit. I’d like to ask her why she made her poems, what some of them mean, and if it mattered to her that her work was unpublished during her life. 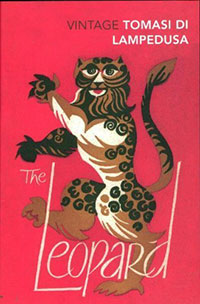 My all-time favorite book is The Leopard (Il Gattopardo) by Giuseppe Tomasi di Lampedusa. Every time I read it, the novel changes what I see around me. Lampedusa wrote only this one work but it’s enough to put the universe at your fingertips.

I am not nocturnal but my cat Nellie would like to mention here that she will take straight canned tuna fish and milk anytime after midnight. After 3 a.m., too, if it comes to that.

So, we three children are sailing off Martha’s Vineyard with my dad when a sudden storm hits. Violent sea! Howling wind! My dad is on deck reefing the sails when a huge wave rolls into the cockpit. It lifts my little brother up and is sweeping him overboard when I grab him by the arm and hold on with all my strength. Hugh is saved! (That was close.) I cry. He grows up to become a loved doctor who cares deeply for his patients. 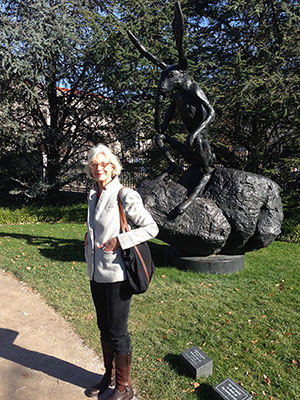 I guess the illustrators I loved as a child still speak to me most directly. Beatrix Potter for her hedgehogs and rabbits; John Tenniel for his Mad Hatter and March Hare; N.C. Wyeth for his murderous, one-legged pirates and mysterious islands. So many others. Today, it’s anything by William Steig or Arnold Lobel for me and my grandchildren. (Nellie cozies up to these guys too.)

Favorite season of the year? Why?

Winter in New England. Stark. Quiet. When the leaves fall off the trees the land  opens to show its real face. The moon looks bigger. 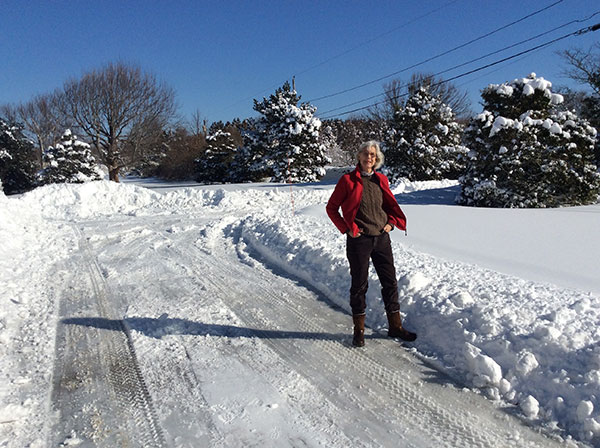 A recent arrival in my Rhode Island neighborhood is an otter-like animal known as a Fisher Cat. It hunts near the pond and screams most horribly at night. I pull the blankets over my head and Nellie’s. We don’t like even thinking about this creature.

I’m a morning person. I like to rise with the sun. Rosy-fingered dawn for me, and a walk on the beach. (My novel The Lampfish of Twill came from this daily  habit.) 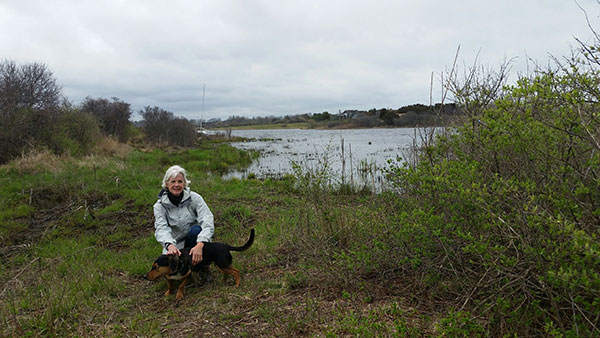 I love to sing and have sung in choral groups all my life. Mozart, Beethoven, Handel, Bach. I’m not a religious person but the big requiems and masses sometimes bring me to tears even as I sing them. I’m a sucker for popular music too: a big crooner in the car. Radio always on.

For a contented life, keep it simple and keep out of the limelight. Fame never did anyone any good.

Quicksand Pond, Janet's latest novel, will be out in May, 2017. Its scene draws on the Rhode Island landscape near her home. At the same time, Atheneum Books will bring out new hardback prints of The Crying Rocks, a story involving modern day characters and Narragansett Native American history, and Afternoon of the Elves. The latter is a Newbery Honor book. Janet lives in Rhode Island, near the coast, across the bay from Newport. janettaylorlisle.com