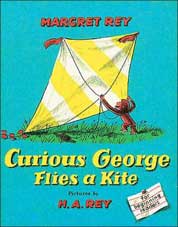 First George is curi­ous about some bun­nies, then about fish­ing, and then about his friend Billy’s kite. All’s well that ends well. Ages 5 – 8. 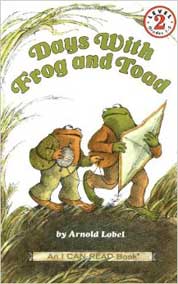 Days with Frog and Toad

Five sto­ries with the two famous friends, includ­ing “The Kite,” in which Frog’s opti­mism and Toad’s efforts pre­vail over the pre­dic­tions of some nay-say­ing robins. 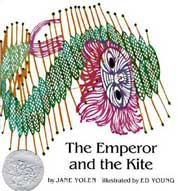 The Emper­or and the Kite

Princess Oje­ow Seow is the youngest of the Emperor’s chil­dren, and no one in the fam­i­ly thinks she’s very spe­cial. But when the emper­or is impris­oned in a tow­er, the princess’s kite-build­ing skills prove every­one wrong. 1968 Calde­cott Hon­or book. 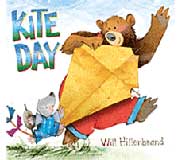 Bear and Mole decide it’s the per­fect day to fly a kite, but first they have to build one. 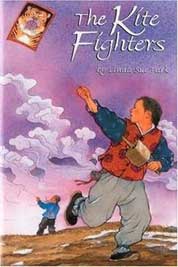 A sto­ry about three friends in 15th Cen­tu­ry Korea: a boy who builds beau­ti­ful kites; his younger broth­er, who is an expert kite fly­er and kite fight­er; and a boy who is the king of Korea.

Every­one has a job to do when a fam­i­ly builds a drag­on kite. Includes cul­tur­al and his­tor­i­cal notes on kites and kite flying. 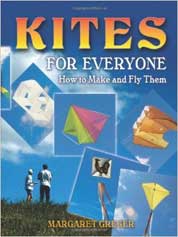 Kites for Every­one: How to Make Them and Fly Them 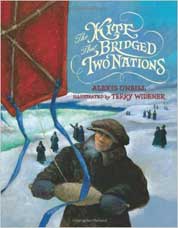 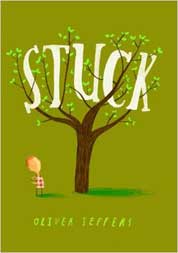