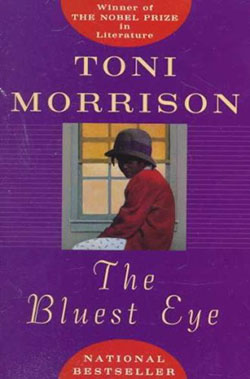 It’s been years since I could keep up with my kids read­ing. When they first began read­ing inde­pen­dent­ly, I’d often read (or at least skim) the books they were work­ing on so I could ask ques­tions and talk about it with them. Then for sev­er­al more years, they would sim­ply tell me about what­ev­er they were read­ing — often in great detail. Some­times I’d read it, some­times not, but we could con­verse about it giv­en the amount of detail they shared. But even­tu­al­ly they read at a pace much faster than me, and they read more wide­ly, too. Both read way more fan­ta­sy than I do. #1 Son reads a lot of his­to­ry, and Dar­ling Daugh­ter a lot more YA than I man­age. These days, it’s often me ask­ing them for books to read.

As they each entered high school I decid­ed to try and read with them on the books they were read­ing in Eng­lish class. This is large­ly a re-read­ing of the clas­sics for me — I was an Eng­lish major, after all. And a few more con­tem­po­rary books, too. I haven’t man­aged to read every one, but many I have, and been glad I did. None more so than this spring’s Hon­ors Eng­lish 9 selec­tion: Toni Morrison’s The Bluest Eye.

Min­neapo­lis’ Guthrie The­ater is putting on The Bluest Eye this spring, and we had tick­ets in our sea­son pack­age. Last fall when they came I thought, “Oh, we should read that before we go…..” But I’d lost it in the dai­ly shuf­fle. I was thrilled when Dar­ling Daugh­ter told me The Bluest Eye was next on the syllabus.

“Toni Mor­ri­son!” I said. “I haven’t read The Bluest Eye in ages! I’ll dust my copy off and have a read with you.”

“Indeed,” I said, as I scanned the book­shelves. “And beau­ti­ful. That’s how Mor­ri­son writes.” But The Bluest Eye was not in the M sec­tion on my shelf. Nor was it “mis­filed” some­where else — I looked every­where for it the next few days and final­ly gave up and bought a copy.

Twen­ty pages in I real­ized that I’d prob­a­bly nev­er read it. I had it all con­fused with Beloved, I think. It is quite a read. Intense seems like too sim­ple a word to describe it. So heart­break­ing. Appalling in too many ways. But such gor­geous writ­ing! And…important. It feels impor­tant to read this book. I’m grate­ful my kid has an Eng­lish teacher will­ing to take it on.

Our Guthrie tick­et night came and we went and watched the intense, heart­break­ing sto­ry on stage. I could hard­ly breathe through much of it. The hard scenes of rape and racism and hor­ror were beau­ti­ful­ly han­dled and I was so grate­ful to be sit­ting next to my four­teen year old as we watched. I was plumb full of grat­i­tude, in fact. Grate­ful for Morrison’s work; grate­ful for the work of the play­wright, Lydia R. Dia­mond; grate­ful for the actors who pre­sent­ed it to us with such exquis­ite artistry.

None of us will for­get this book and its play. I’m very glad to have final­ly read The Bluest Eye, and I’m thrilled to have read and seen it with my kiddo.