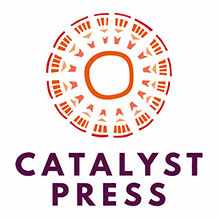 As a new inde­pen­dent press, Cat­a­lyst Press brings to Amer­i­can read­ers books from the African con­ti­nent writ­ten by Africans and/or about Africa, con­tem­po­rary and his­tor­i­cal. One of Catalyst’s first books is the star­tling graph­ic nov­el, Sha­ka Ris­ing: A Leg­end of the War­rior Prince.  It is writ­ten and illus­trat­ed by Luke W. Molver, and is the first of an African Graph­ic Nov­el series. It re-tells the sto­ry of Sha­ka, the most famous king of the Zulus in South­ern Africa, who con­sol­i­dat­ed dif­fer­ent clans into one  strong king­dom to pro­tect his peo­ple from the slave trade. It’s quite a book. Sha­ka Ris­ing is a grip­ping sto­ry with strong dar­ing graph­ics. What an oppor­tu­ni­ty to expand one’s knowl­edge of Africa, its his­to­ry and its peo­ple, beyond the his­to­ry of apartheid in South Africa. 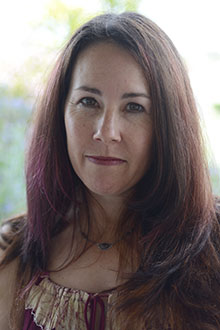 Jes­si­ca L. Pow­ers, the cre­ator and pub­lish­er, plans to expand Catalyst’s mis­sion to not only pub­lish authors from Africa but also indige­nous writ­ers from oth­er parts of the world, all with the goal of pub­lish­ing lit­er­a­ture that expos­es the truth and pur­sues jus­tice and peace.

Her goal is to bring to West­ern read­ers books that reveal the world from dif­fer­ent per­spec­tives — tilt­ing, revers­ing or tweak­ing the stan­dard West­ern under­stand­ing of what’s real, true, nec­es­sary, or beau­ti­ful. Her moti­va­tion to cre­ate this press is her belief that books can be the fire and fuel for change. One book in the hands of one child can change — and has changed — the world for many. 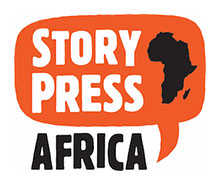 I asked Jessica Powers to explain her press’s imprint, Story Press Africa, and describe its relationship to Jive Media Africa.

Story Press Africa, as an imprint of Catalyst Press (USA) and Jive Media Africa (located in South Africa), is a collaborative literary platform for sharing African knowledge. Both presses publish stories by Africans about Africa for a global audience; both publish stories that are authentic, challenging, and sometimes express controversial& visions of the continent that birthed humankind.

Jessica, what is your background that fuels your interest in the African continent and cultures and how did it ignite your passion to risk creating a press to bring books about Africa to Western readers?

I have two master's degrees in African history and have spent significant time in East and Southern Africa. But it wasn't until my son was born that the seeds for Catalyst Press and its imprint Story Press Africa were planted. As I spent time in my library looking for books that would introduce young readers to Africa, I realized that there are not enough good children's books about Africa and/or written by Africans. What is represented? Folk tales/animal tales and Nelson Mandela. Now, don't get me wrong, I love folk tales and I love Nelson Mandela but come on. Africa is the cradle of humankind. It is an enormous continent with many countries and cultures, thousands of languages … yet in the United States we often fail to see value in expanding our knowledge of countries and cultures beyond our own borders.

What is your own experience as an author and editor that has helped make this dream endeavor possible?

I've been writing for young adults and children for a long time—my four young adult novels, The Confessional (2007), This Thing Called the Future (2011), Amina (2013), and Broken Circle (2017) were recognized with a variety of awards. I've also been working for the independent multicultural publisher Cinco Puntos Press since 2002. So the world of books and the reality of publishing are not mysterious to me. Armed with passion, experience, and knowledge, I decided to go for broke and start this endeavor, which launched in 2017. I wish “going for broke” was just a phrase. Publishing is a very expensive proposition!

Catalyst Press began in 2017 and already has launched several books. Please tell us about them.

Catalyst and its imprint, Story Press Africa, are still very new so we don't have a lot of books out yet, but our books are unique, emerging primarily from Africa—by Africans about Africa. I'll mention two that came out this year.

Jessica, will you share with us your hopes for the future of children's literature?

I have a deep commitment to develop literature that represents all children, and to build a canon of truly diverse literature, both as a writer myself and as a publisher. One of the things that I think gets left out of that equation sometimes is world literature for children. As a publisher of African-authored and African-based books (written by writers from all over the world), I would love to see a strong celebration and embrace of international literature within the American children’s lit community. It’s such a different and unique and wonderful world and we have a real opportunity to open American youth’s eyes to issues, cultures, and ways of life outside of North America.  If you're not sure where to start, you can go to USBBY's wonderful annual list of the best internationally published books.

Nancy Bo Flood is the author of several books for children, including Cowboy Up! Riding the Navajo Rodeo which was honored as a 2014 NCTE Notable Poetry Book, a 2013 California Reading Association Eureka! Nonfiction honor book, and given the Arizona-New Mexico book award for juvenile literature. Her most recent books are First Laugh: Welcome Baby! and I Will Dance. Nancy lives in Arizona and Colorado. She has served on ILA's Notable Books for a Global Society committee for a number of years. She is a columnist for The Pirate Tree and for Bookology magazine. To learn more about Nancy and her work, please visit her website.