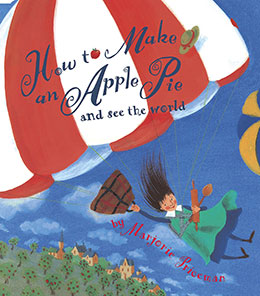 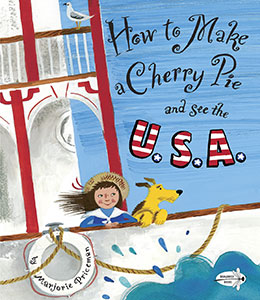 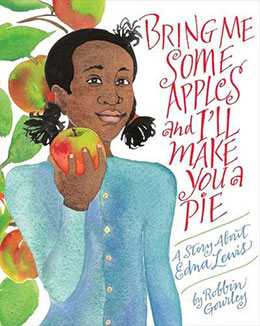 Sum­mer is hon­ey from the bees, cher­ries, berries and peach­es. “Six per­fect peach­es make a per­fect pie.” And then of course, toma­toes, corn, and beans. This is a book to get read­ers think­ing about foods and sea­sons. In a time when we can buy toma­toes and peach­es all year long, it’s good to remem­ber the best fruits and veg­eta­bles are the ones we find in their seasons.

Don’t ask me no questions,
an’ I won’t tell you no lies.
But bring me some apples,
an’ I’ll make you some pies. 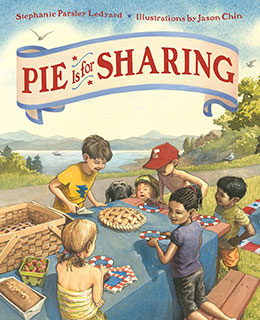 Part of the sat­is­fac­tion of a deli­cious meal is in the shar­ing. And that is dou­bly true for pie. If we should ever for­get that and dream of eat­ing a whole pie all by our­selves Stephanie Pars­ley Led­yard and Jason Chin have writ­ten a book to jolt us back to com­mu­ni­ty—Pie is for Shar­ing (Roar­ing Brook, 2018). “Pie is for shar­ing,” this book begins. And we see kids and fam­i­lies gath­er­ing for a pic­nic. The best part is that the kids are all col­ors, all eth­nic­i­ties, and they are play­ing and eat­ing pie togeth­er. No one stands alone. No one is exclud­ed. They also share books, balls, even trees. They laugh and swim and build sand cas­tles. They are a flock of friends on a sum­mer day together. 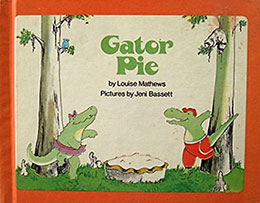