Lisa Bullard is a well-respect­ed writ­ing teacher in Min­neso­ta and beyond, hav­ing shared her wis­dom and her sense of humor about writ­ing with class­rooms full of adults and chil­dren (usu­al­ly not at the same time). She has two books on writ­ing, one for adults (Get Start­ed in Writ­ing for Chil­dren) and one for chil­dren (You Can Write a Sto­ry! A Sto­ry-Writ­ing Recipe for Kids), as well as a series of Insid­er Guides co-writ­ten with Lau­ra Pur­die Salas. She has writ­ten Bookol­o­gy’s pop­u­lar Writ­ing Road Trip col­umn for sev­er­al years.

How many bookcases do you have in your home?

Based on my house, this question is open to interpretation. What qualifies as a bookcase? For example, if the baker’s rack in my kitchen holds dozens of cookbooks (despite the fact that I don’t cook), does this qualify as a bookcase? Does it influence the judging if I explain that one of my absolute favorite books as a child was Betty Crocker’s Cooky Book? I spent hours “reading” the book and inventing stories to go along with the cookie creations pictured there.

But okay, back to the orig­i­nal ques­tion. In addi­tion to the “kitchen book­case” described above, I have six-and-a-half bookcases.

My food weakness is that I love food far beyond its nutritional purpose. It represents so much more than just that to me. Food is sneaking into the kitchen late at night with Grandma to eat pickles while Mom looks askance. Food is spitting watermelon seeds into the lake and getting brain freeze from homemade ice cream on the 4th of July. Food is the brownie you lick so that your brothers don’t eat it first. 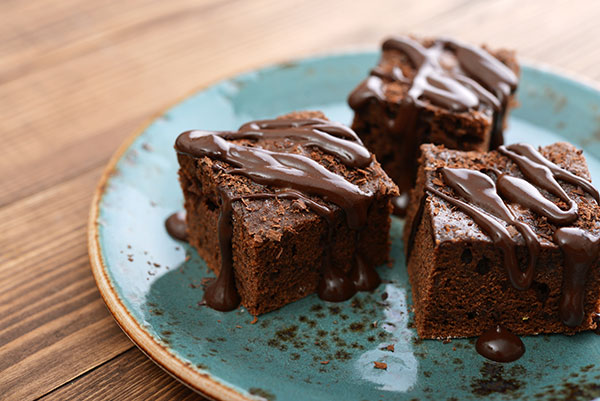 If you’re ask­ing about my favorite food rather than my food weak­ness, it’s any food that some­body else has cooked. I am for­tu­nate enough to have sev­er­al friends who love to cook, and who express their affec­tion by cook­ing for me. Now that’s love!

I’ve been lucky enough to travel outside of the U.S. to England, France, Switzerland, Italy, and Canada. I found things to love in all of those countries, but I most loved how different I became in Italy. For some reason I transformed into a whole other person there. Someone who knows me well once described me as a “cheerful pessimist;” growing up, I was heavily influenced by my stoically Scandinavian mother; and I’m typically very cautious. But under Italy’s influence, I transformed into a risk-taker who gamboled from one romantic city to the next with hardly a care in the world. I really liked that person, but she only seems to exist in Italy!

I love saying the word “collywobbles.” It’s such a wonderful, roly poly word, and it sounds so much more joyful than its meaning. Whenever one of us kids was sick, my mom’s first question was: “Do you have the collywobbles?” Few of my friends knew what the word meant, so they usually looked blank when I asked them the same question. For a long time I thought it was a word that belonged to my family alone; that you had to have access to some kind of Bullard Family Dictionary to be able to decode it. This was also true, by the way, of one of my most dreaded words: “potch.” My mom threatened to “potch” us when we were naughty, and it wasn’t until I was an adult that I was able to figure out that this “Bullard family word” was (surprisingly, given our heritage) in fact Yiddish.

I don’t know if it’s defined as a “foreign” language or not, but one of the things on my bucket list is to learn American Sign Language. When I attend a performance or presentation where someone is interpreting into ASL, I’m riveted—I’d love to be able to make my words dance in the air the same way that I try to make them dance on the page when I write.

I’m actually perfectly happy to start a book somewhere other than the beginning, and then to read it in sections completely out of order. But now that I’m a writer, I’ve made a rule to allow other writers the chance to tell me their story in the fashion they think is best (in other words, I make myself read it in the order it’s presented, from beginning to end). But if I grow bored a couple of chapters in, the rules change, and I revert to random reading order. In that case, I usually dip into the middle and read a bit to see if the story seems more exciting at that point. If not, I’ll read the end as my way of giving the author a final chance to sell me on their story. If I like the ending after all that, I sometimes go back and read earlier bits, dipping in and out of the story in random fashion until I get back to that end again.

Lisa Bullard is the author of several books for children, including picture books, nonfiction titles, and the mystery novel Turn Left at the Cow, which is a finalist on young readers award lists for Connecticut, Florida, Minnesota, and Nebraska. She lives in Minnesota. You can visit her website at lisabullard.com.

I love the word “col­ly­wob­bles” and will start using it forthwith!

I promise it will add whole new dimen­sions to your life! On the oth­er hand, avoid “potch.”

I love the image of you mak­ing up sto­ries to go along with the illus­tra­tions in the Bet­ty Crock­er Cooky Book, Lisa! It fore­told of two of your great loves: writ­ing and tasty food!